If you're a knucklhead purist and matching numbers take you from 6 to midnight, you can promptly move along.  back in the day, no one gave a shit about what the VIN said.  Choppers were pieced together from this or that, and the wierder the better!  Somehow we landed in a spot where you're 47 knucklehead CHOPPER needs to have the correct frame, springer, both motor  cases, heads and if possible period correct oil!  Well this bike is NOT that,  its a chopper through and through, which means it pieced together from a bunch of shit from different eras that wasn't necessarily meant to be.  We commonly refer to it as the Frakenknuckle, as it's got about every era of Harley Davidson Big Twin motorcycles in its bones. 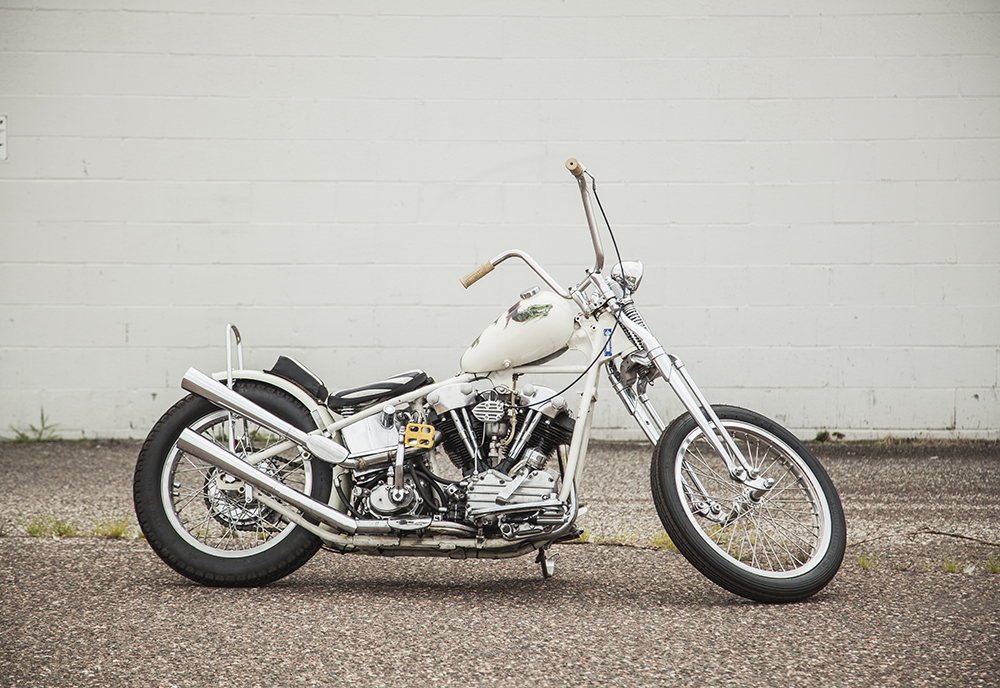 Zach Boxx, owner of Throttle Addiction, picked this doggy up in Tucson, back when the company was residing in Phoenix.  He got it from an old timer who spent years assembling the pieces to build up the bike.  Zach kept it in its current form for a bit, but then decided a remodel was in order.  The frame, front end, gas tank and motor where about all thats left of the original.  First lets run through the motor,  it's a comprised of a 1947 knucklhead left case, mated to a generator shovelhead right case... yea that took a bit of machine work!  After some trouble keeping it running, he discovered the original heads had seen better days, and since the lower end sported an alternator shovel case anynow, there was no point in trying to keep things original.    Zach sold the heads and replaced them with S&S knuckleheads.  He turned to his friend Jeremiah Armenta at Loves Cycles to strip the motor down, and piece it back together with some freshened up components. 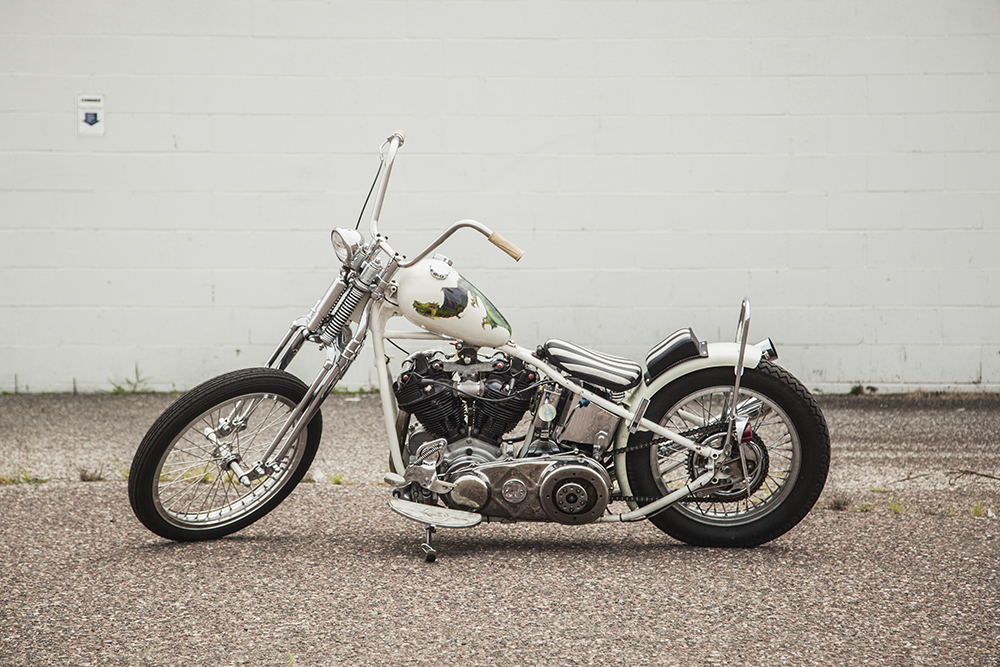 While it was torn down Zach had some custom wheels laced up by the Buchanan's Spoke and Rim, the best in the biz!  The wheels were wrapped in a 21" Avon Speed Master and an 18" Avon Safety Mileage. The Knucklehead chopper came rocking a late model Harley Springer front end, which offer a smoother ride than the early Knucklehead / Panhead style springers due to the addition of a dampener shock. 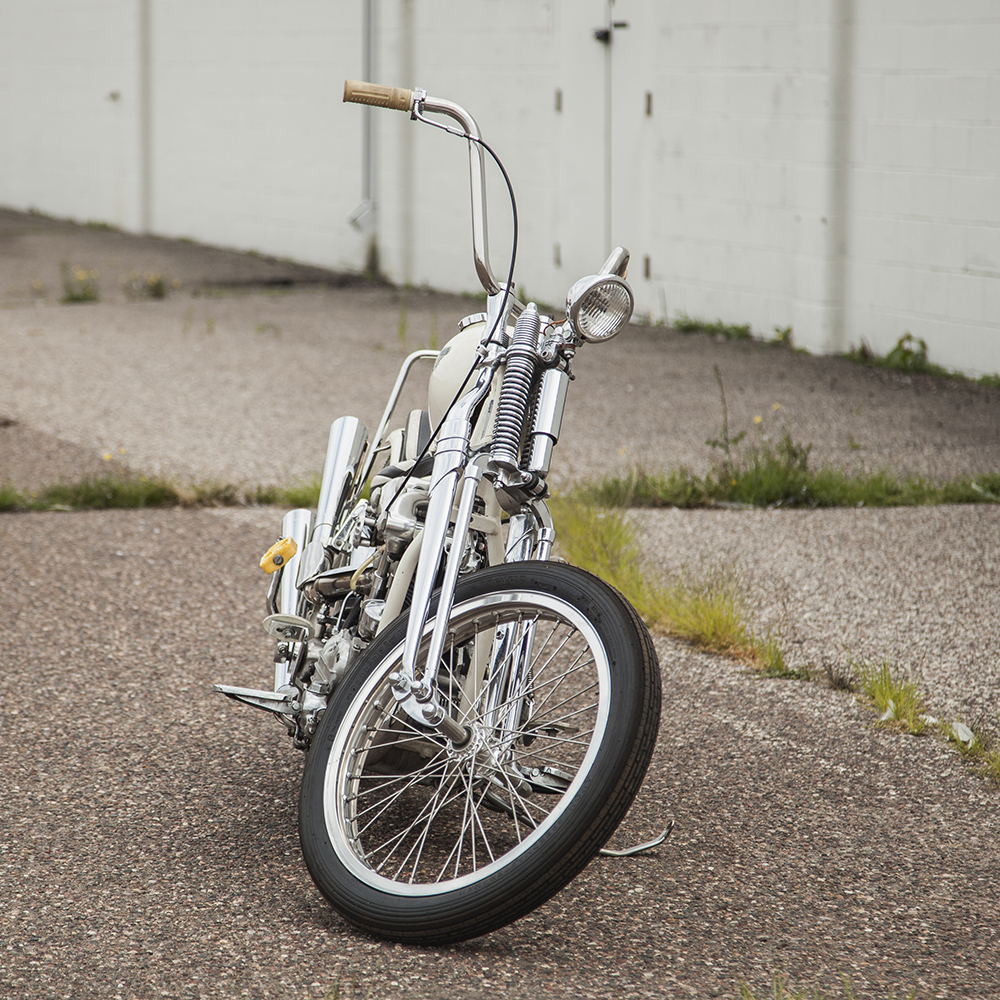 The rear end was fit with a Throttle Addiction 5.5" Smooth Rear Fender and a custom built sissy bar. The solo Bates Seat is a a quality product from the Haifley Brothers in Phoenix, Arizona. 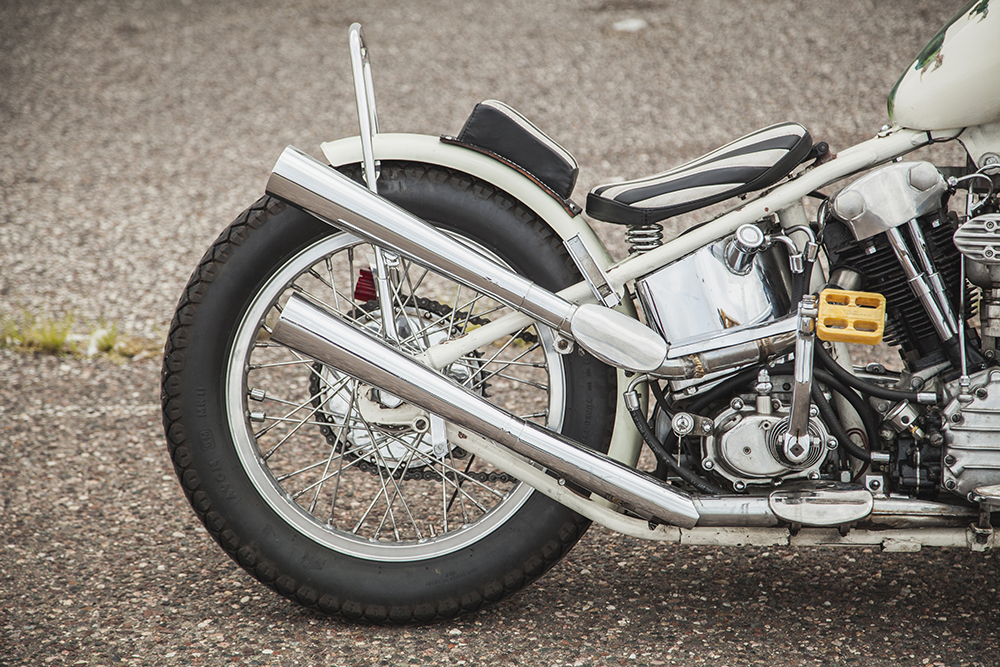 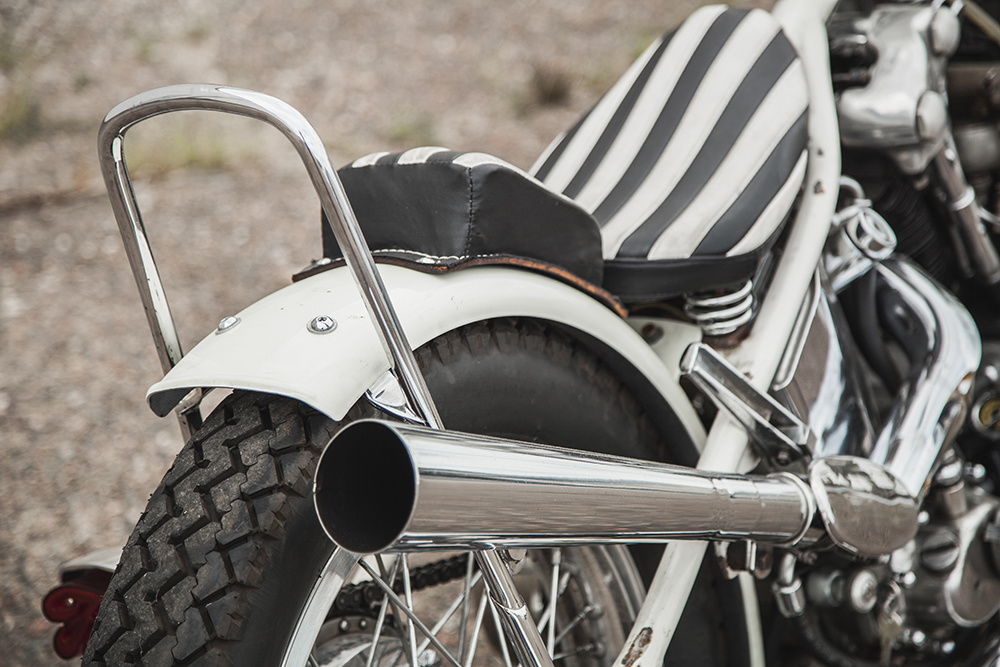 A few other odds and ends were added from the Throttle Addiction catalog and the finished knucklehead Chopper is as you see it. 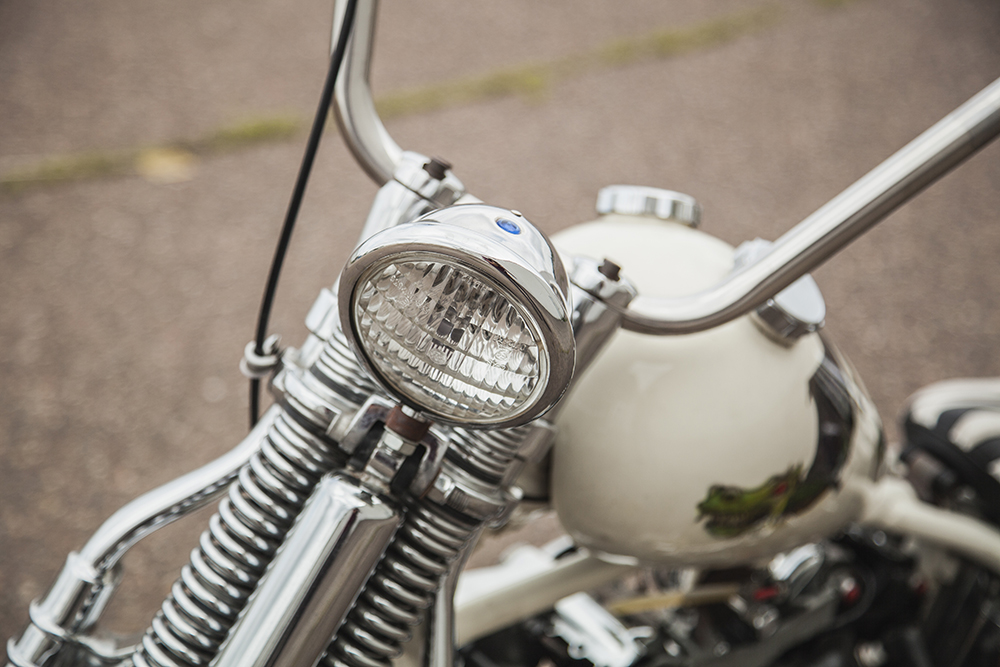 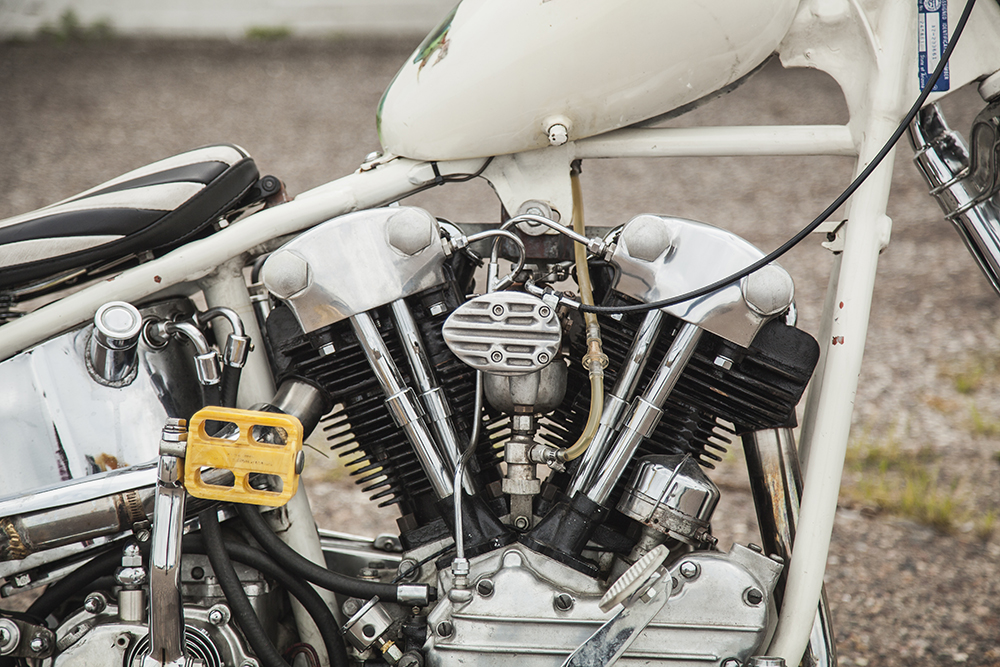 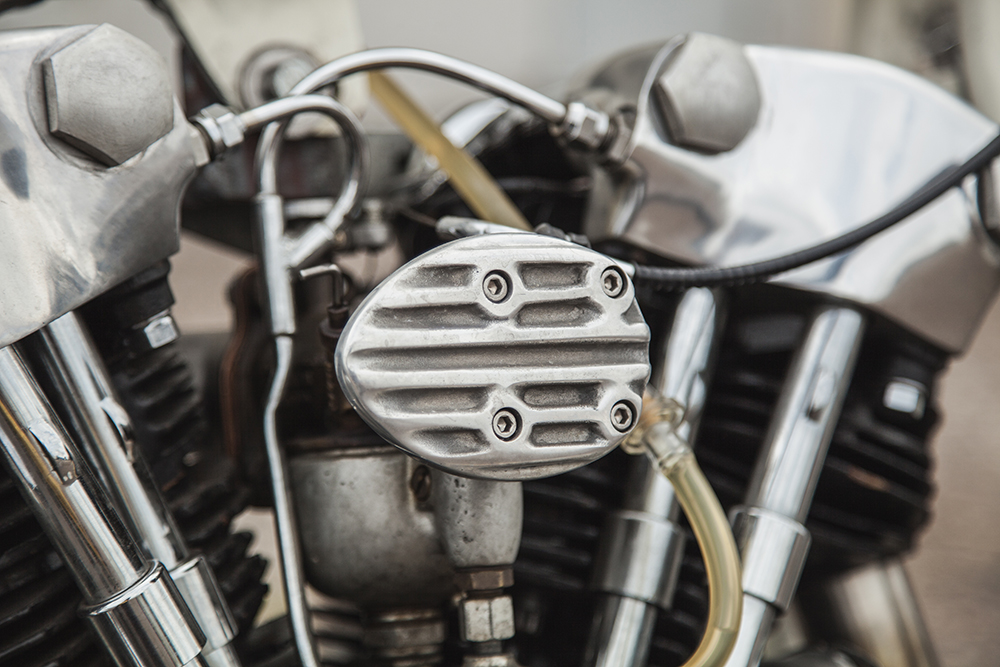 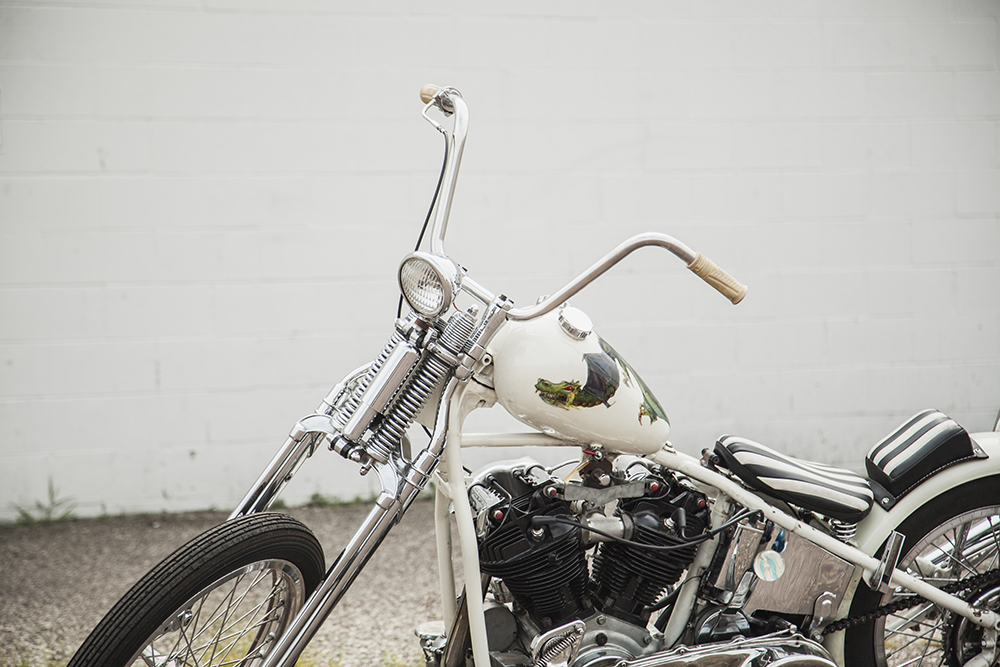 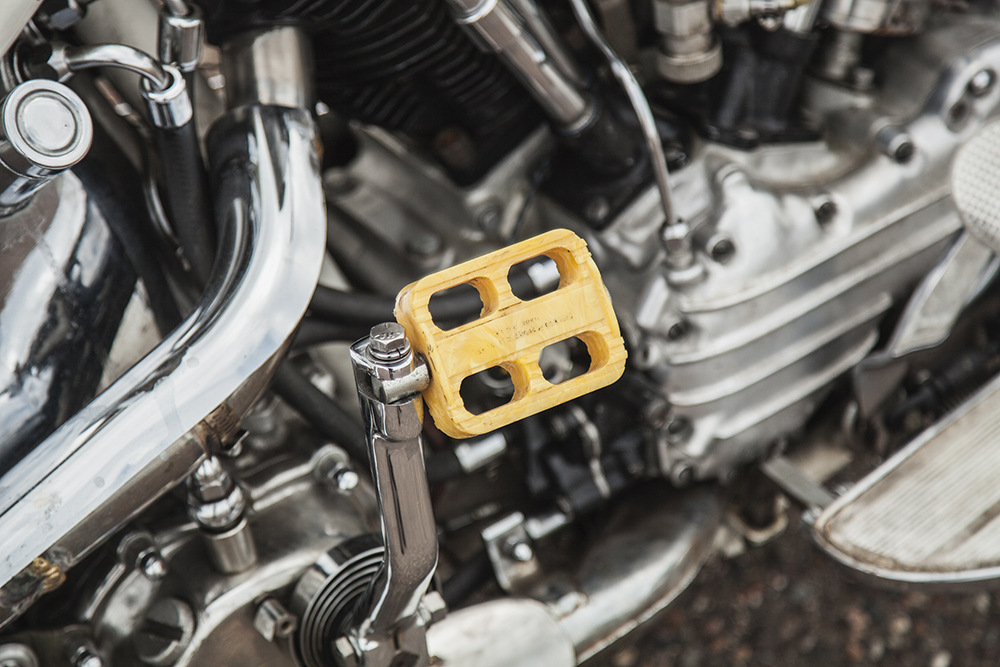 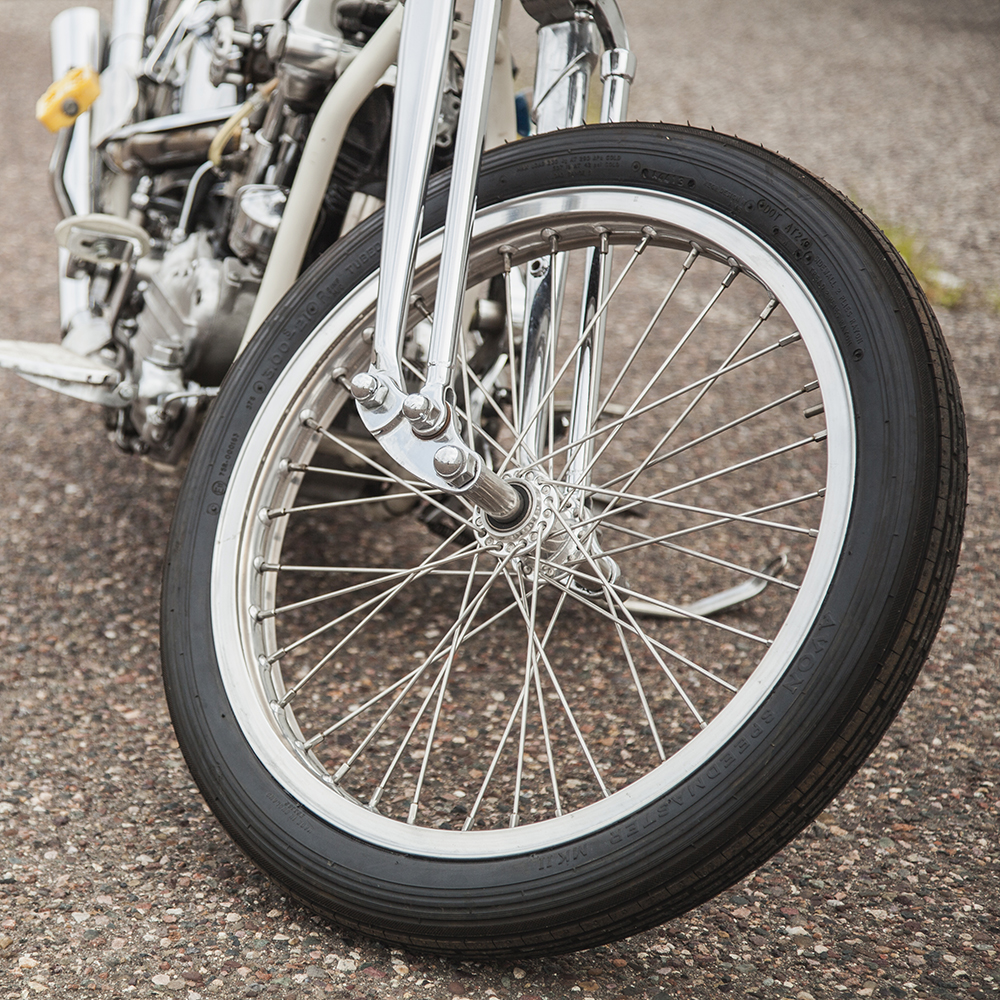 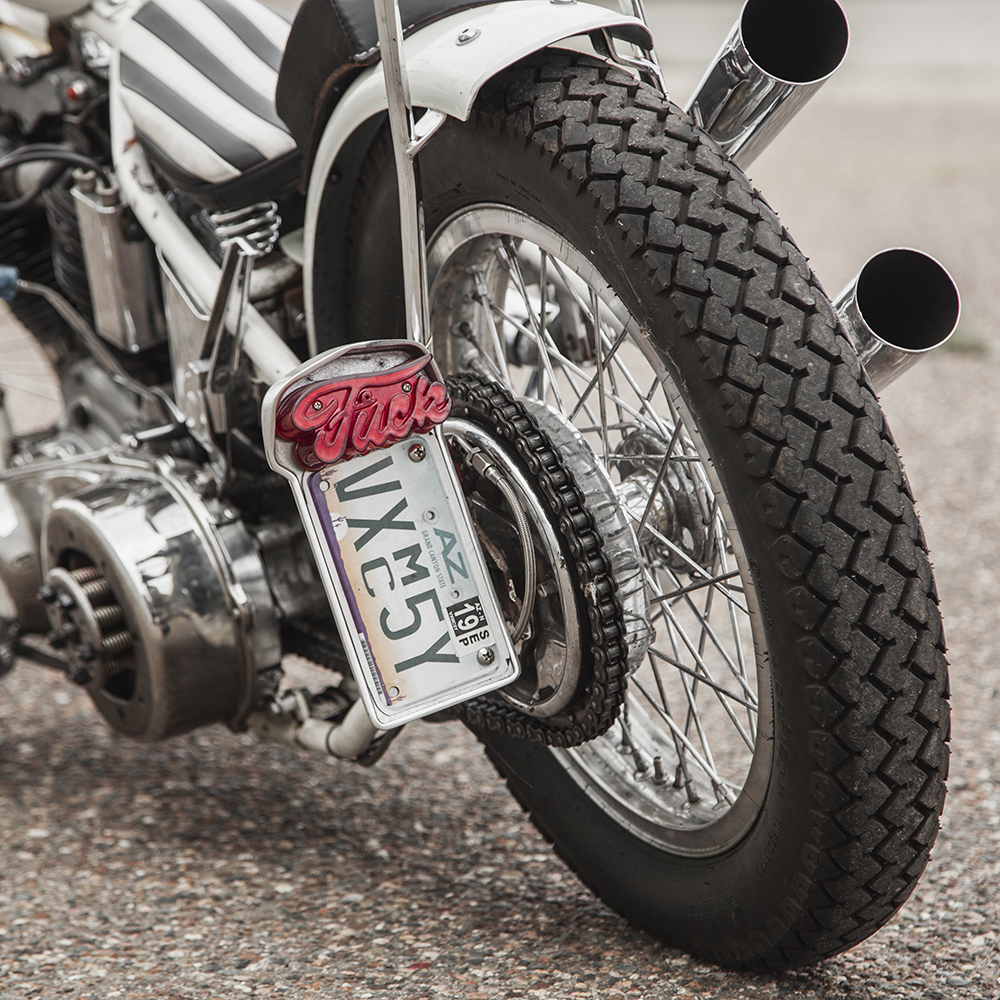 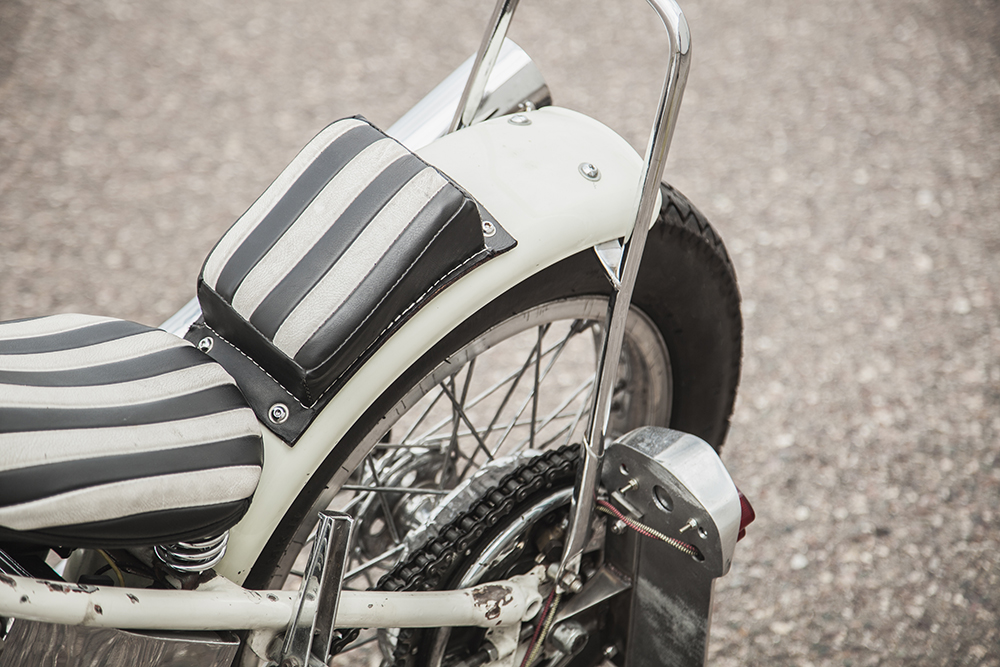 If you're looking for motorcycle chopper parts for a bike similar to this, contact us at Throttle Addiction.  We're located in Eau Claire, Wisconsin.  715-210-3535